You see it – in those lines of the 1954 Buick that nestle lower to the roadway, that thrust further forward and aft, that rival those of an arrow in their functional fitness.

You sense it – in the vastly broadened vision of its panoramic windshield, in such interior innovations as its airplane-type controls, linear speedometer, and high-air intake ventilation.

But most of all, you feel it – in the surge of new­found power that takes it from your toe when you want to go in a way that exceeds even the engineers’ early expectations. “Sensational,” you’ll say and without exaggeration, when you sample the step-up in power you get from that great V8 that’s in every 1954 Buick.

You’ve had hints before that Buick was setting patterns for the future – in its development of Twin-Turbine Dynaflow Drive, the Million Dollar Hide, the world’s first vertical-valve V8. You know Buick has done it now in everything ­ in style, in ride, in comfort, in performance. See these provocative new 1954 Buicks models. Drive them. You’ll agree, “tomorrow is here.”

The 1954 Buick Skylark is an individual and distinguished model designed distinctly for the limited number of motorists who want literally “everything” in a motorcar of exclusive design. The Skylark fulfills this purpose in beautiful fashion.

It is daringly different in both exterior and interior styling; front and rear fenders, rear deck, body trim and interior upholstery are all exclusively designed for this single model. It has the dose-coupled lines and dimensions of a sports car-yet is equipped, at one list price, with every special feature that could be desired in the finest of custom-built cars.

The brilliance of its big 200-horsepower Buick V8 performance is combined dramatically with the compact maneuverability of its balanced 122″ wheelbase, for exceptional power-to-weight ratio. And the many “tomorrow” features first seen in the experimental Wildcat, mark the Skylark as the Buick for those with a zest for the finest in spirited sports cars.

Learn more about the 1954 Buick Skylark 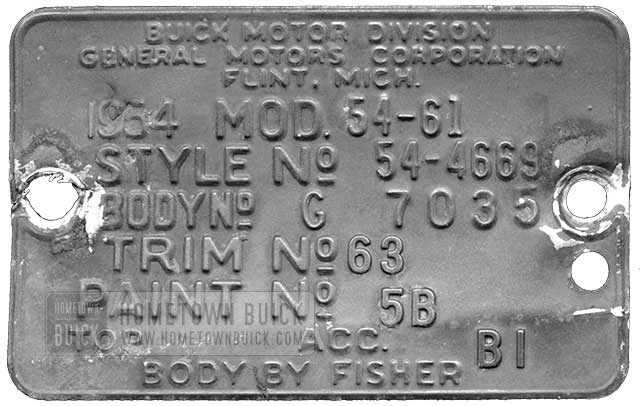 Two plates attached to each 1954 Buick can tell you where it was built and how well it was equipped. With this data you can restore it back to factory specs easily.

What you need to know about the 1954 Buick 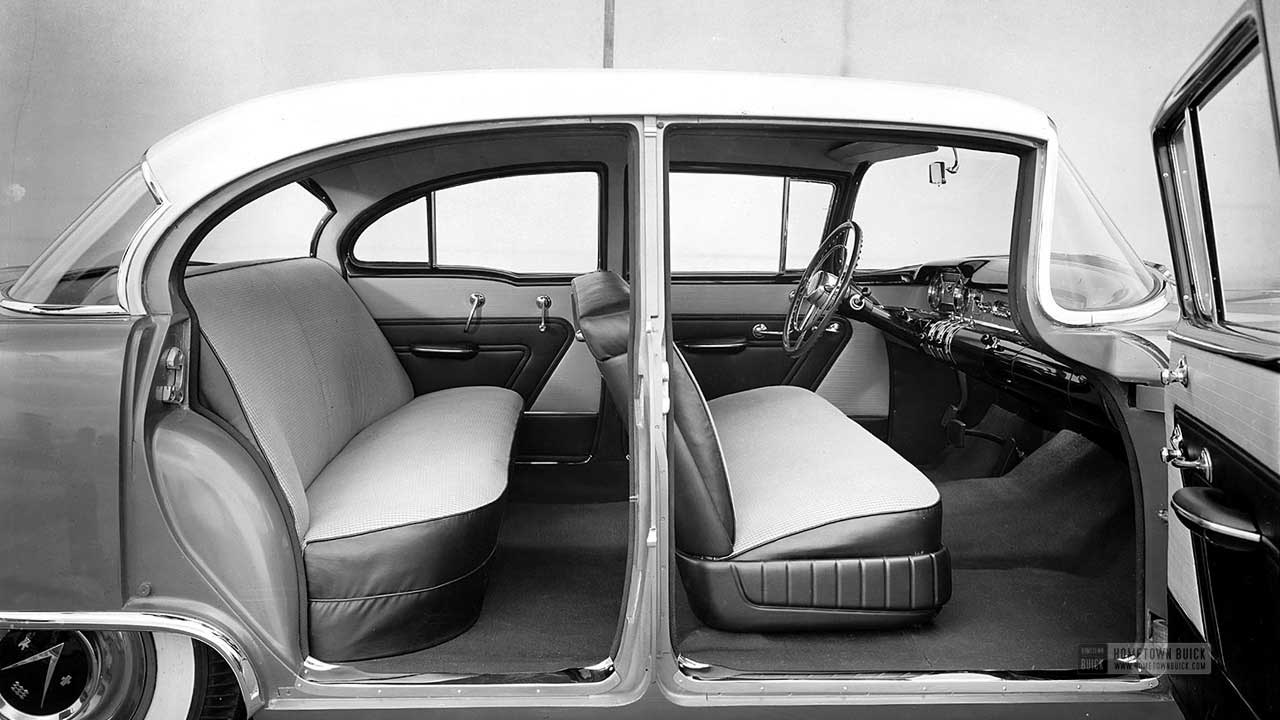 Over 60 interior trim combinations were available for buyers of a 1954 Buick. Hometown Buick has digitalized them to show you the original seat and bolster materials. 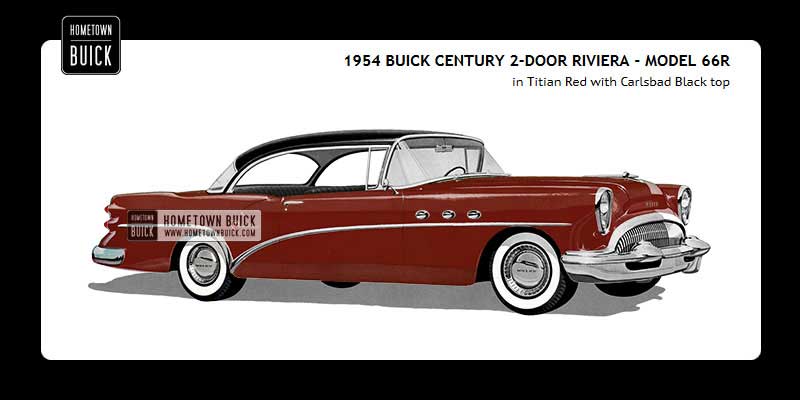 Want to see this 1954 Buick in a different color?

Home Base of 1954 Buick Memorabilia: the Hometown Buick Collection 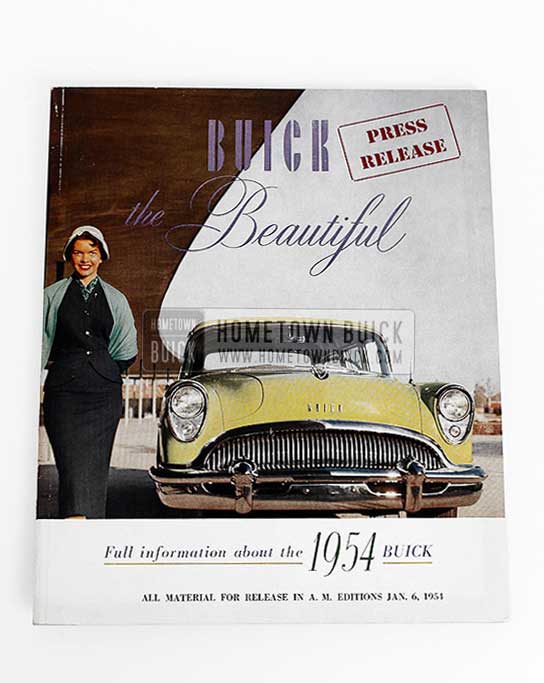 In our Hometown Buick shop you can buy spare originals, reprints of rare items and recreations like the 1954 Buick Reference Book. We’ve compiled all important data we have and know into one single publication. Get your personal 1954 Buick reference book now! 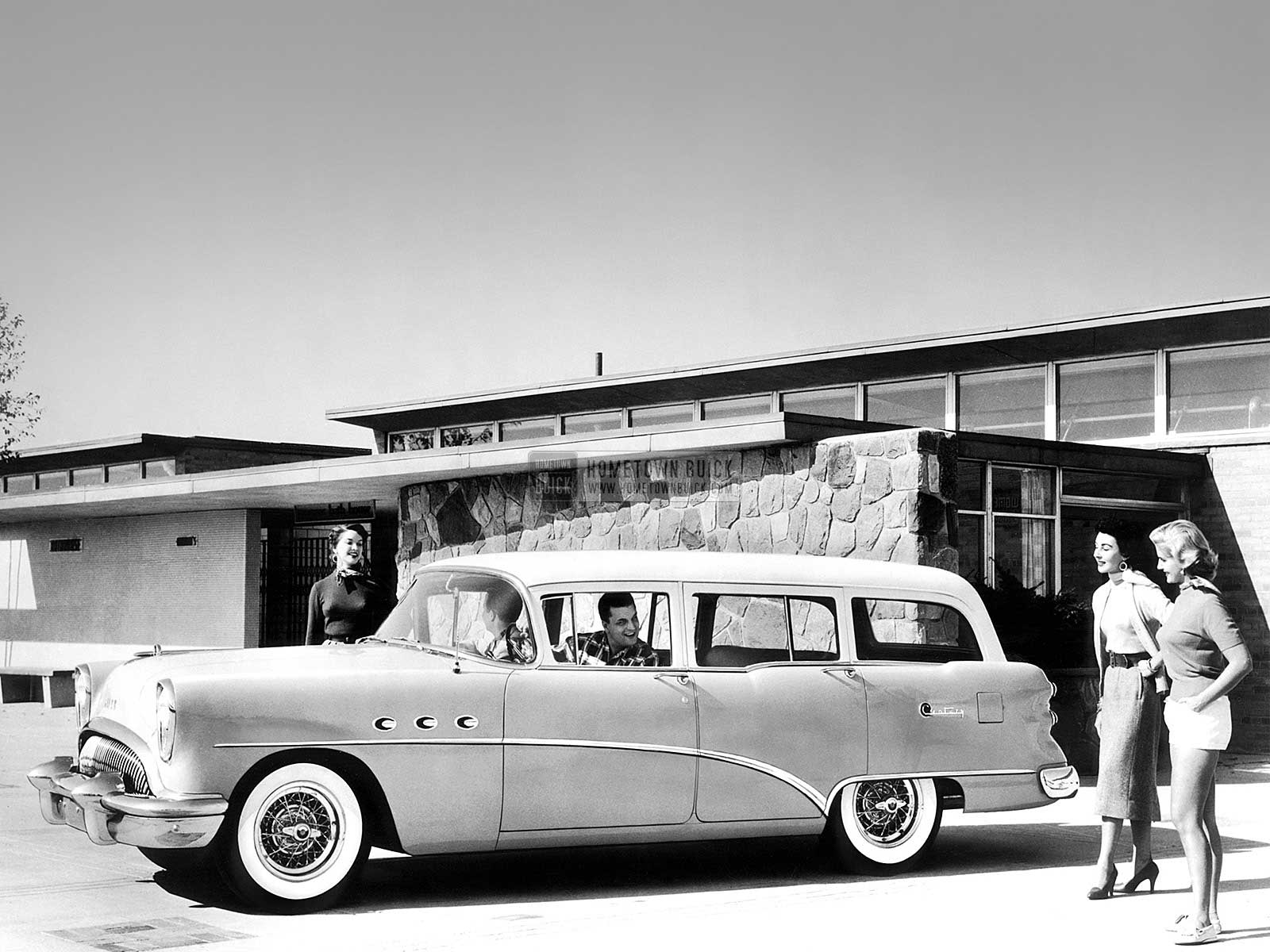