It looks and feels like a flight on wheels! From the first moment you see it – you know this is a car of magnificent change.

For this stunning automobile – this big, bold, buoyant B-58 Buick – is literally born out of more aviation principles, starting with its extensive new use of aluminum throughout, than any car before. There’s the look of flight to its lines and the freshest fashion in Buick annals.

There’s the principle of flight to its going with the wondrous performance of Buick’s new B-12000 engine and Flight Pitch Dynaflow. There’s the luxury feel of flight in its new Miracle Ride, plus the superb comfort of Buick’s new Air-Poise Suspension. And there’s a new solidity, quality and excellence to its construction that surpasses even the high Buick standards of the past.

So come make your acquaintance with five great new Buick Series – LIMITED, ROADMASTER, SUPER, CENTURY and SPECIAL. Then take your pick of the Buick that’s right for you and right for your budget.

See for yourself that here is the first big car that’s light on its feet – and the last word in travel before wheels leave ground. 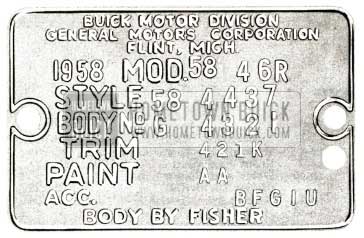 Two plates attached to each 1958 Buick can tell you where it was built and how well it was equipped. With this data you can restore it back to factory specs easily.

What you need to know about the 1958 Buick 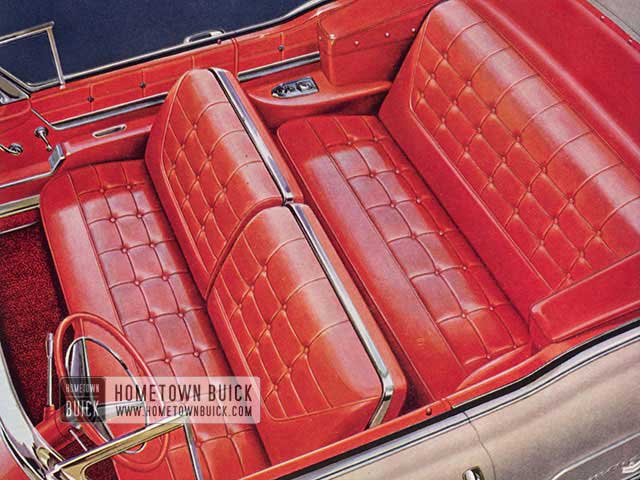 Over 60 interior trim combinations were available for buyers of a 1958 Buick. Hometown Buick has digitalized them to show you the original seat and bolster materials. 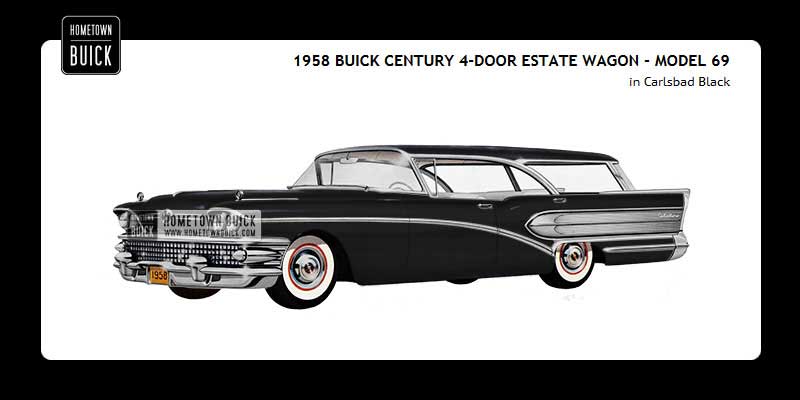 Want to see this 1958 Buick in a different color?

Home Base of 1958 Buick Memorabilia: the Hometown Buick Collection 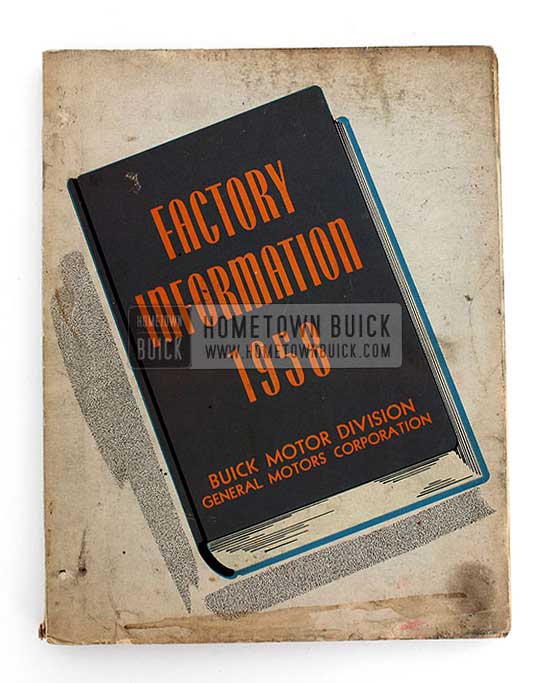 In our Hometown Buick shop you can buy spare originals & reprints of rare items.