An AC Type DJ combination fuel and vacuum pump is used on all engines. The pump assembly is mounted on the right side of the timing chain cover, and the pump rocker arm is actuated by an eccentric mounted on front side of the camshaft sprocket.

The fuel section is located above the vacuum section of the pump assembly. It has a built-in air dome with a diaphragm to dampen out pulsations in the fuel stream. The 1955 Buick fuel and vacuum sections form two separate, independently operated diaphragm type pumps, which are combined in one compact unit. The single rocker arm actuates both the fuel and the vacuum sections through separate links which permit each section to function independently. See figure 3-11. 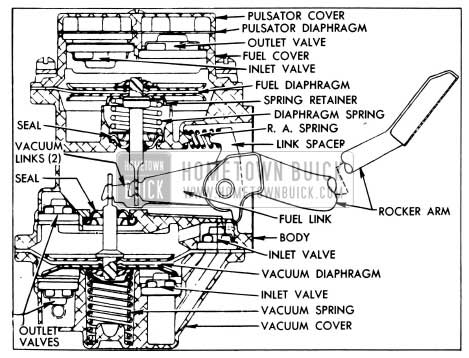 The fuel section of the pump draws gasoline from the tank and supplies it to the carburetor in sufficient quantity to meet engine requirements under all operating conditions. The principle parts of the fuel section are shown in figure 3-11.

The vacuum section of the pump acts as a booster when engine manifold vacuum is insufficient to operate the windshield wipers at proper speed. This section is a double acting pump since it is effective on both the upward and downward movement of the diaphragm. The principle parts are shown in figure 3-11.

If the 1955 Buick fuel pump is suspected of delivering an improper amount of fuel to the carburetor, it should be inspected and tested on the engine, as follows: 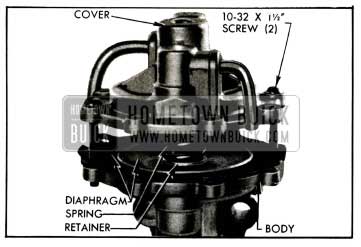 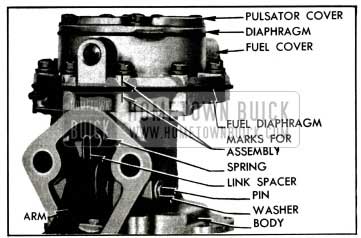 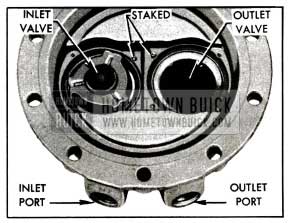 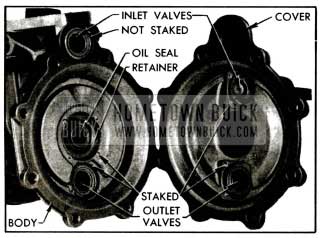 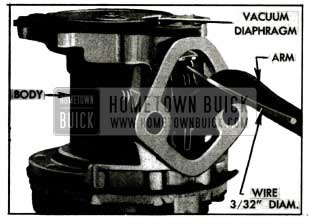