The 1957 Buick back window area is entirely new in design consisting of a center and two side glass assemblies. Each assembly includes a glass and a one-piece rubber channel, and is installed from inside the body into a separate body opening. The assemblies are secured against the pinchweld flange by retainers which are positioned under the inner lip of the rubber channels. Two newly designed reveal moldings are installed around each window opening. These “U” shaped moldings are positioned over the pinchweld flange as shown in Figure 13-93. 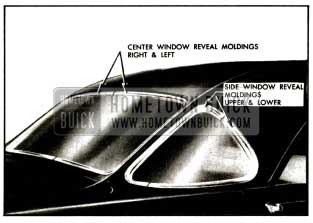 The garnish moldings consist of an upper, side, lower and inner division moldings.

Removal of 1957 Buick Garnish Moldings and Back Window Assemblies 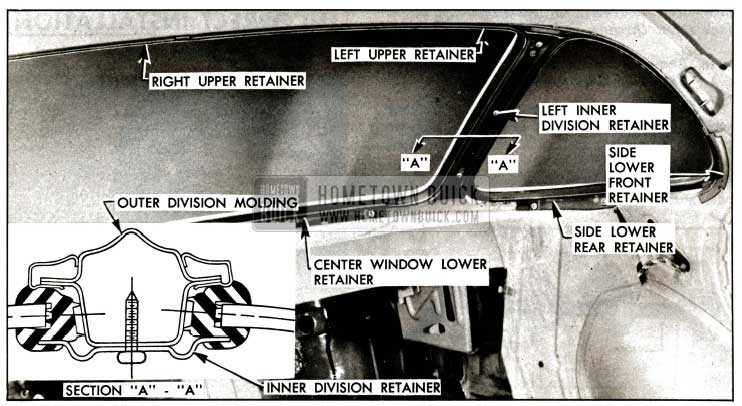 NOTE: When removing side window, remove rubber band which is installed around perimeter of rubber channel. This rubber band is to be used when installing glass.

Installation of 1957 Buick Garnish Moldings and Back Window Assemblies 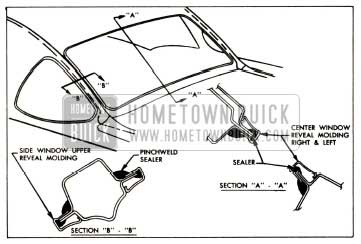 The 1957 Buick rear compartment lid hinges, guide, lid lock and cylinder assembly are similar to those used on previous styles. The following new features have been incorporated for the 1957 bodies:

The 1957 Buick rear compartment lid is secured to the body by two hinges which incorporate torque rods to assist in opening the compartment lid and holding it in the “up” position when opened. 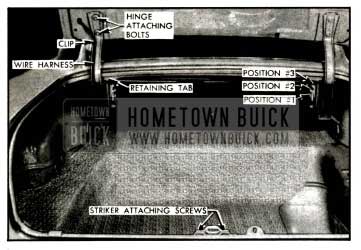 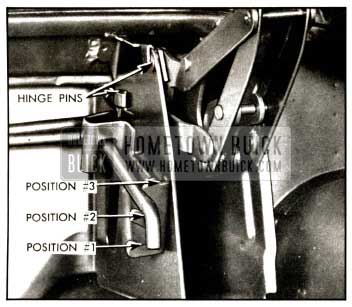 The key-operated lock cylinder is held to the rear compartment lid outer panel by a sliding retainer located between the lid outer and inner panels. 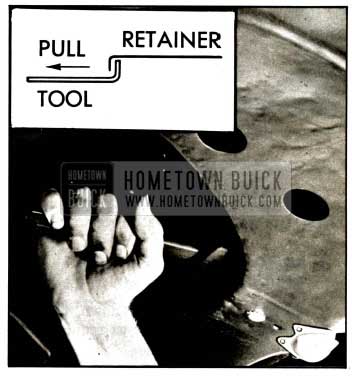 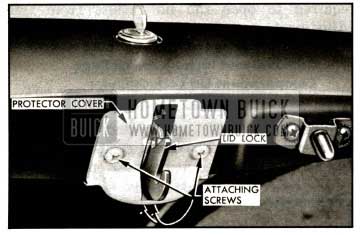 To check the amount of engagement of the rear compartment lid lock bolt with the lock striker, use the following procedure: 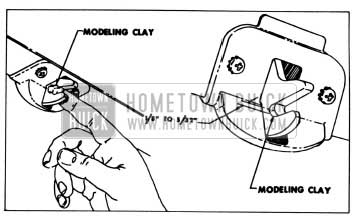 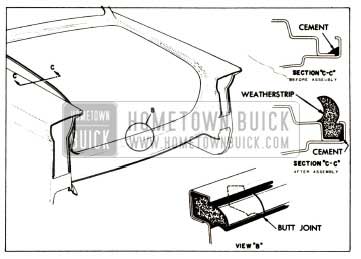 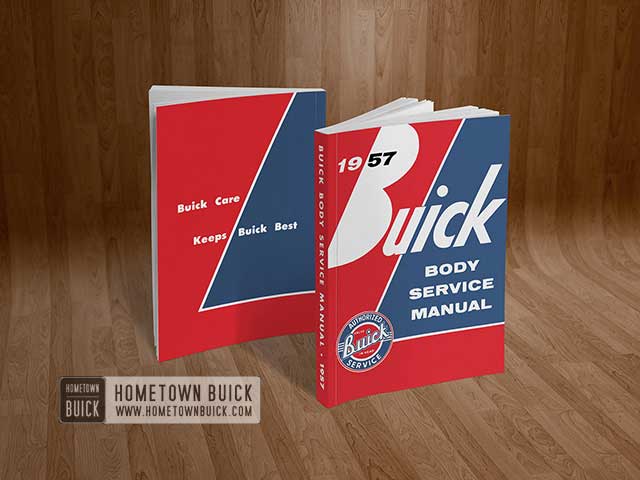