Both manual and power brake pedals are suspended from a new bracket located under the instrument panel. The master cylinder location has been moved from the toe-board and placed at the left ventilation air duct cover assembly. The residual check valve is built into both manual and power brake units, eliminating a separate check valve Iocated at the junction block as on 1956 cars. See Figure 9-1. With the exception of an embossment on the cylinder body for the stop light switch and the mounting adapter and tube assembly used to mount the cylinder to the ventilation duct, the 1957 manual unit is basically the same as that which was used in 1955 production and disassembly and assembly remain the same. It has a pedal ratio of 6.0 to 1 with a 6.74 inch travel for the brake pedal.

Correct brake pedal height is important to insure adequate pedal travel and to make sure that the pedal is in the proper position to get the best linkage action.

There are two different types of power brake units used in 1957 production. One type is the Bendix Treadle-Vac and the other is the Moraine Power Brake Unit. General changes applicable to both units are as follows: 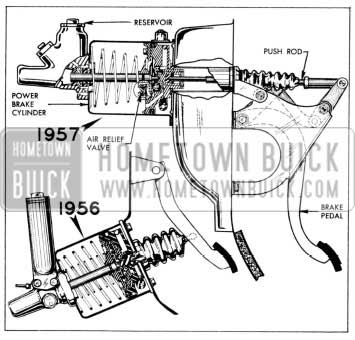 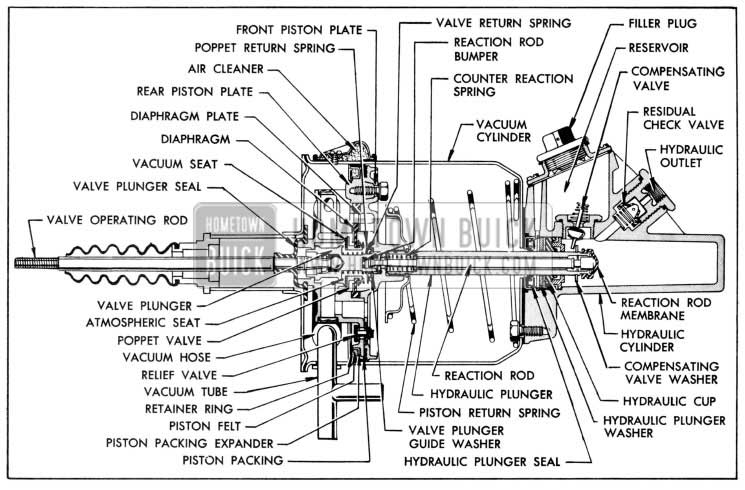 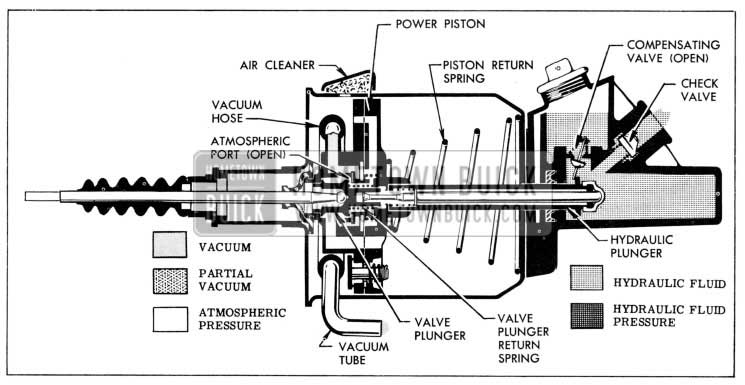 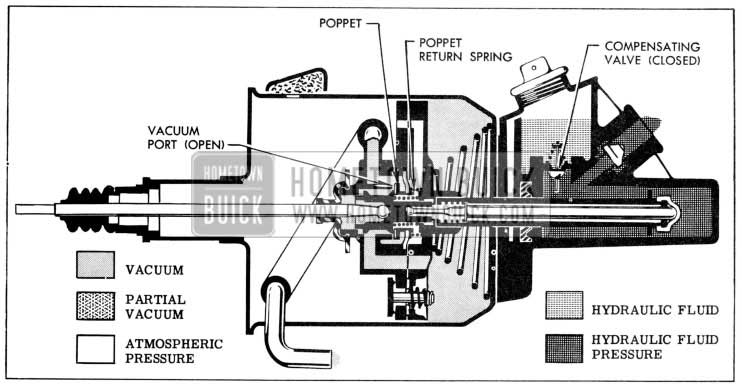 As the brake pedal is depressed, the valve operating rod moves the valve plunger and closes the atmospheric port. After the atmospheric port is close against the poppet, further movement of the valve operating rod and plunger moves the poppet valve, compressing the poppet return spring and opening the vacuum port. With the vacuum port open, vacuum is admitted through the piston passages to the forward side of the power piston. With partial vacuum on the for­ ward side of the power piston and atmosphere on the rear side of the piston, the differential in pressure creates a force which moves the power piston forward, moving the hydraulic plunger with it. Initial movement of t he plunger allows the compensating valve to seat and trap fluid in the hydraulic cylinder. Fluid under pressure is then forced through the residual pressure check valve and brake lines to the wheel cylinder.

When the force applied by the driver remains constant, the valve is allowed to remain in its holding position. In the holding position both the vacuum and the atmospheric ports of the poppet valve are closed. However, any increase in the force applied by the driver to the valve operating rod and plunger will cause the vacuum port to reopen, admitting more vacuum to the for­ ward side of the power piston. This will cause the power piston to move farther forward until it again “catches-up” with the valve plunger and poppet. The vacuum port will then close and the valve is again in the holding position.

NOTE: Refer to Figure 9-3 for identification of parts not shown in figures next to overhaul steps. 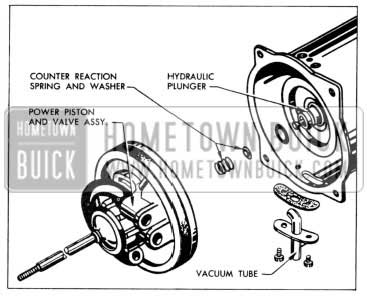 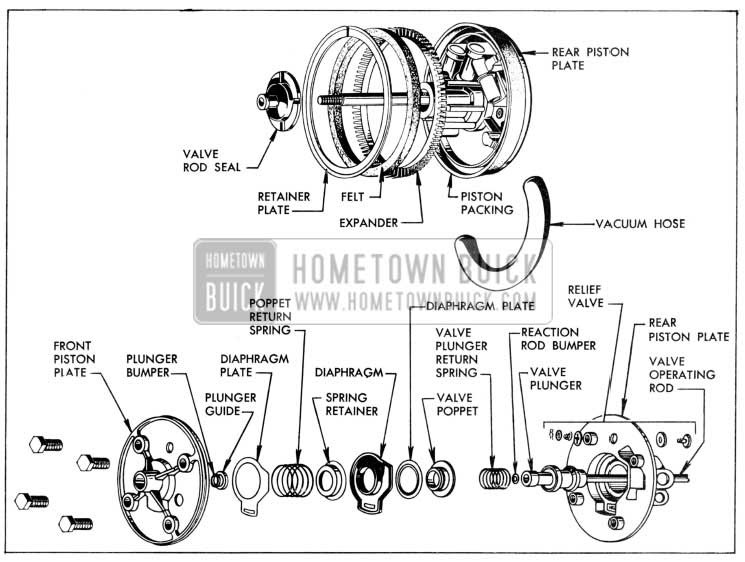 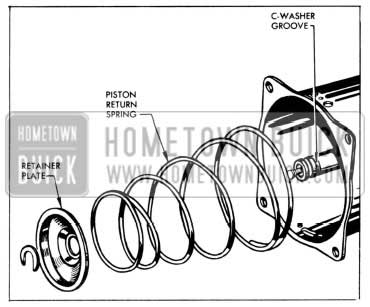 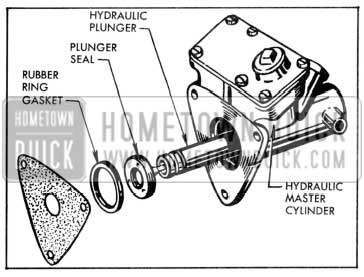 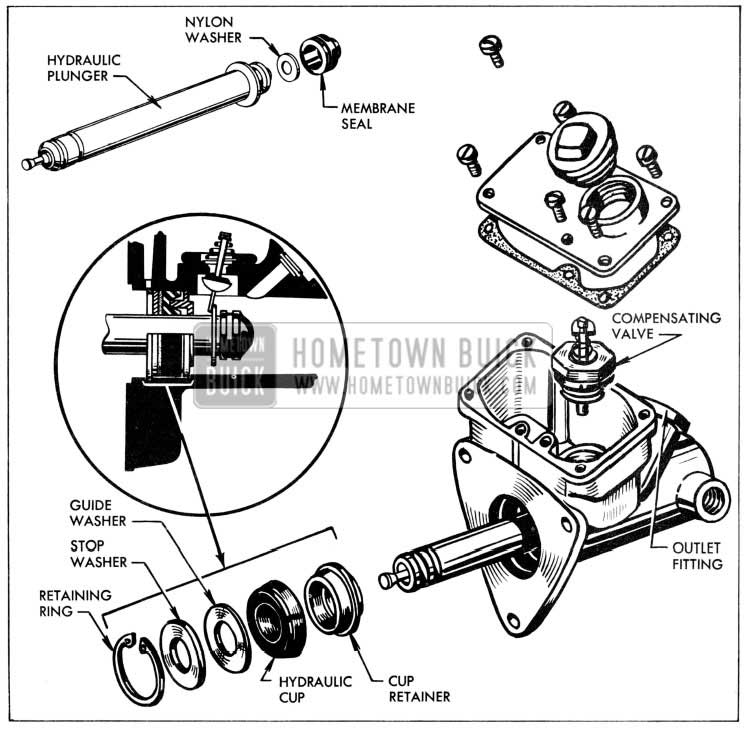 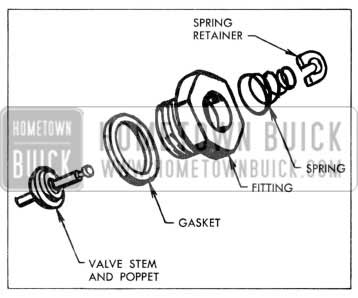 The cleaning and inspection procedure in general is the same for the Bendix as it is for the Moraine power brake unit. 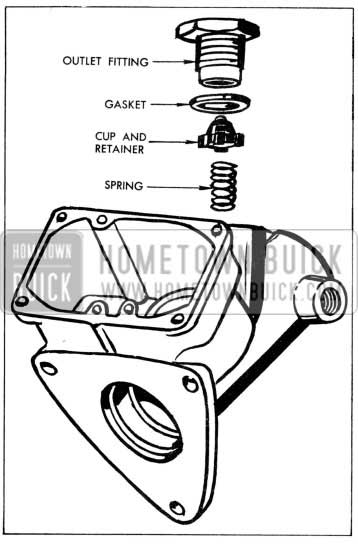 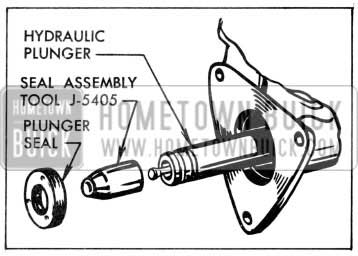 Press seal into recess of hydraulic cylinder and then remove toot.

NOTE: Refer to Figure 9-15 for identification of parts not shown in figures next to over­ haul steps. 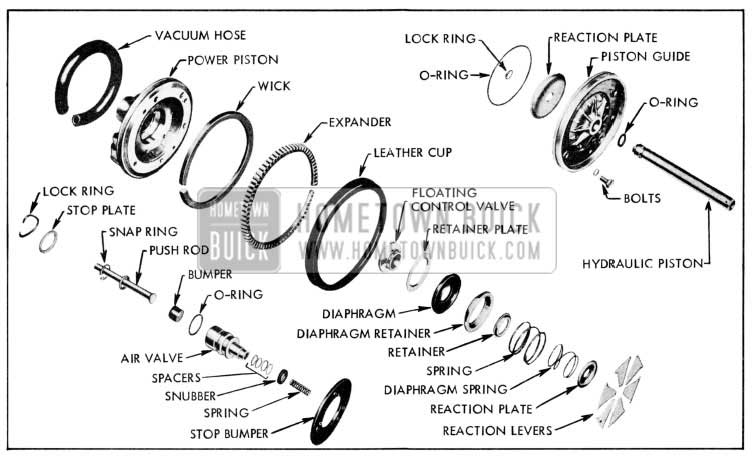 CAUTION: Do not use anti-freeze alcohol, gasoline, kerosene, or any other cleaning fluid that might contain even a trace of mineral oil, as this could cause serious damage to all rubber parts in the brake system. 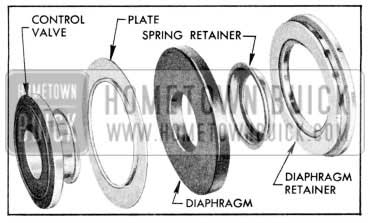 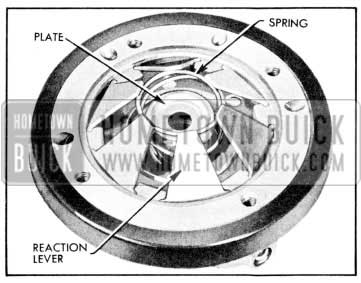 NOTE : To assure that reaction levers are properly seated, check to see that master cylinder piston has a slight movement in power piston assembly. 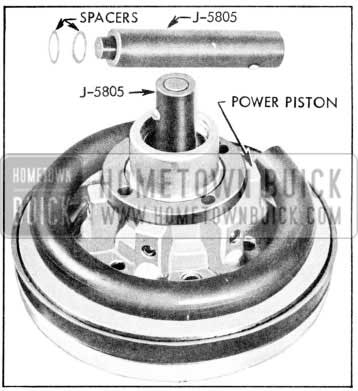 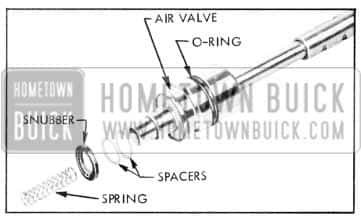 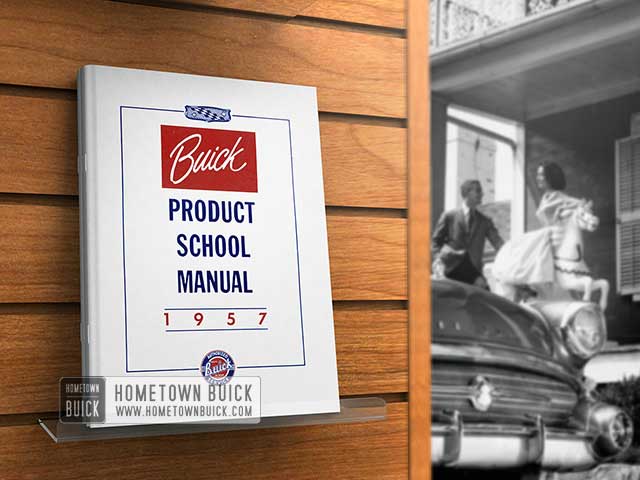