The convertible coupe incorporates a Hydro-Lectric system to raise and lower the folding top. After the top has been unlatched and raised above the windshield by hand, it can be lowered or raised, respectively, by actuating a power control switch located at the instrument panel. Hydraulic fluid from an electrically driven pump is forced through tubing to double-acting, piston-type cylinders located at each rear quarter section of the car. Pressurized fluid entering the top of the hydraulic lift cylinders forces the pistons down-thus lowering the top. Pressurized fluid entering the bottom of the hydraulic lift cylinders forces the pistons upward-thus raising the top.

The top boot is attached to the body with concealed “floating-type” snap fasteners along the side and rear edges and a “slide-in” retainer along the front edge as indicated in Figure 7-1. When the folding top is raised, either of the following two methods may be used for storing the boot.

The top compartment behind the rear seat back must be used only for storage of the top boot when it is attached to the slide retainer on the seat back. The storage of such items as golf clubs, luggage and miscellaneous objects in the compartment not only interferes with the proper operation of the top, but may damage the top or the plastic rear window. 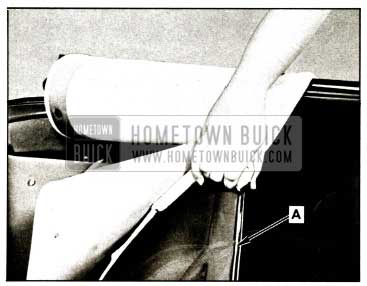 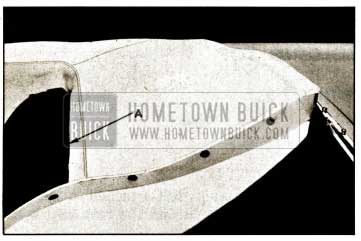 To Lower the Top It is not necessary to lower the rear window or rear quarter windows before lowering the top. 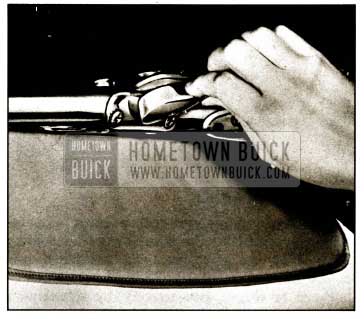 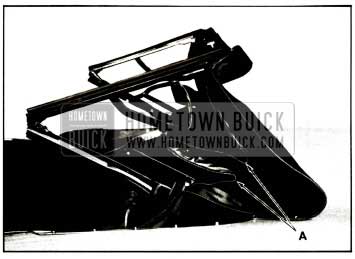 1959 Buick Pull Padding From Between Arms 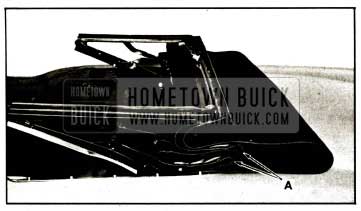 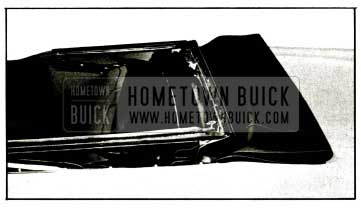 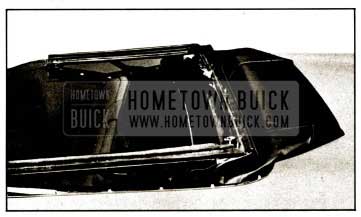 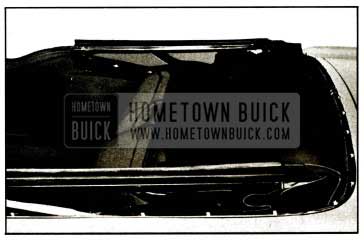 To Raise the Top 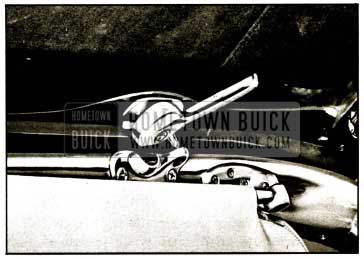 NOTE: Be sure top is securely locked to windshield header before starting the car.

Slide zipper fastener indicated at “A” in Figure 7-13 upward, across the top and down the opposite side. Then carefully lower the window into the top compartment. To avoid damage, do not place miscellaneous objects on the window. 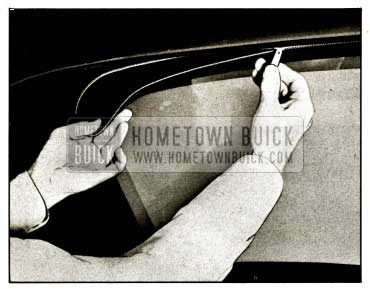 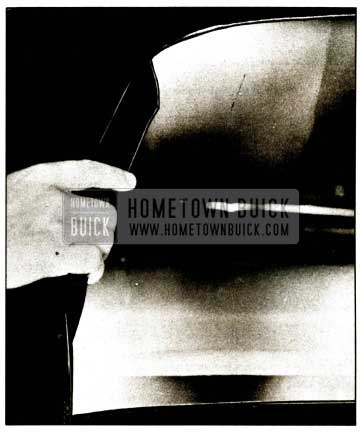 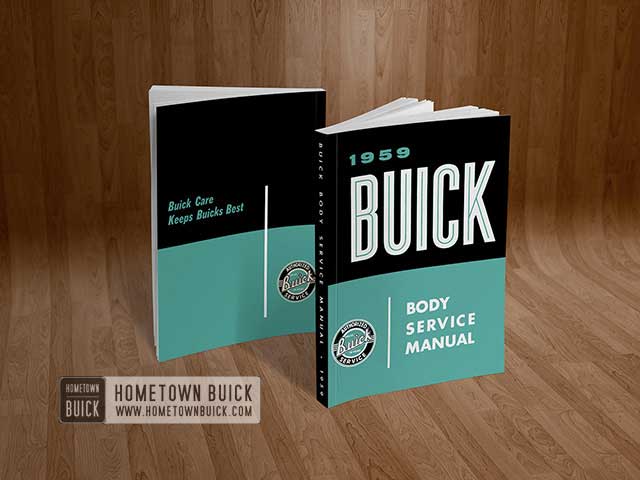