The engine specifications for 1958 will remain the same as in 1957. With the exception of the following changes, the 1958 Buick engine remains unchanged from the 1957 engine.

The Flight Pitch Dynaflow will utilize a new mounting system. This mounting system incorporates a support and two angular mounts which are located toward the front and on the sides of the transmission case. See Figure 2-1. 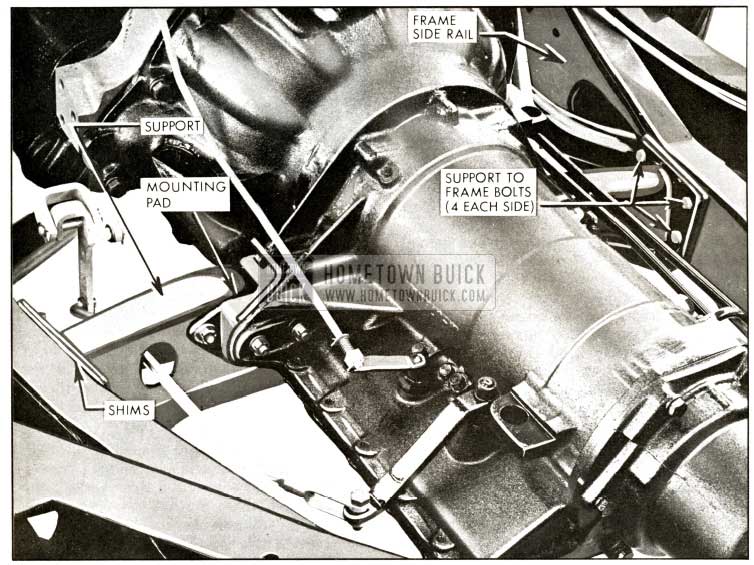 The new mounting will reduce engine and transmission vibration as well as road noises. Mountings on the Variable Pitch Dynaflow will be identical to those used in 1957 except that the transmission support will bolt directly to the frame, with the frame boxes eliminated. Proper alignment of the power plant in the frame, without undue strain on the mounts, is as important with our 1958 mounting system as in the past.

To improve engine cooling for 1958, the radiator width has been increased from 21.9 to 25.2 inches. Along with this improvement, a full shroud will replace the ring-type used in 1957. In addition, the new fan drive incorporated on 1957 air conditioned after model jobs will continue to be used on all models equipped with air conditioning.

NOTE: In 1958 there are five different sized radiators used, depending upon the type of transmission and whether or not air conditioning is present. Care should be taken when R & R work is involved to make certain the correct sized radiator is used.

In 1958 all series will utilize an aluminum water pump cover. The cover weighs 1.2 pounds. This is 3.2 pounds lighter than the 1957 cast iron cover. 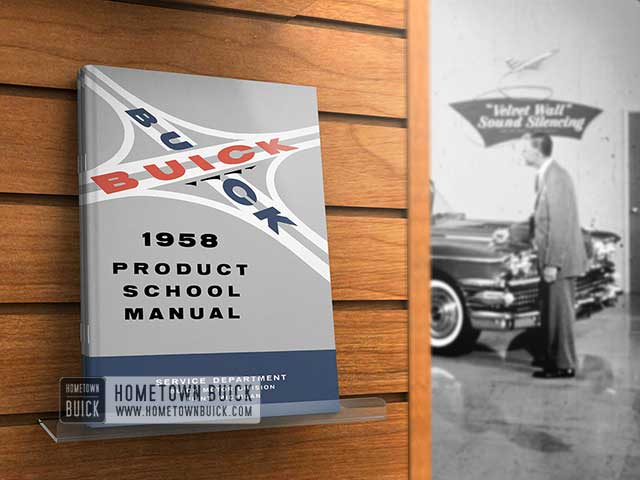