Should any complaints of insufficient defroster air be encountered on 1955 models, it is suggested to first check the defroster hose connections at the defroster manifold to make sure they are installed properly. If it is found that the hoses are too loose and do not stay on the manifold, they should be cemented on. If, however, the diameter of the hose is too small and cannot be installed easily, the hoses may be cut as indicated in sketch, Figure 70 and cemented on the manifold. 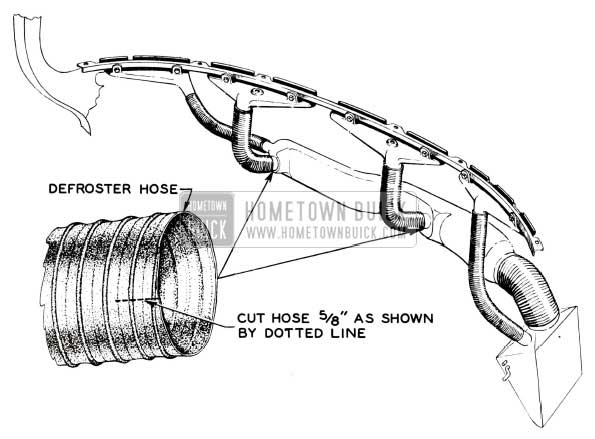 Reports have been received that the heater and cooler hoses have been damaged by coming in contact with the exhaust manifold.

The new clip is to be attached to the rear battery hold-down bolt and the hoses positioned in clip as shown in Figure 71. The new hose clip should be installed on all jobs not so equipped, to prevent heater hose damage. 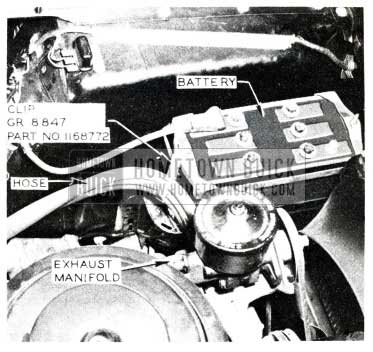 This condition has been found to be caused by improper seating of the defroster valve. Generally, the valve seats first at the hinge side and requires considerable pressure to compress rubber seal enough to allow valve to close. To correct this, it is necessary to remove the inner defroster housing and straighten the defroster valve control shaft hinge by applying pressure with a screw driver or similar object to allow the valve to completely close. (See Fig.72)

If the above process does not correct the condition, disconnect both ends of the defroster valve control wire, push wire through conduit to extreme control lever end and bend a .030″ notch in wire at that end as close to the conduit as possible to increase friction in control wire. (See Fig.73) 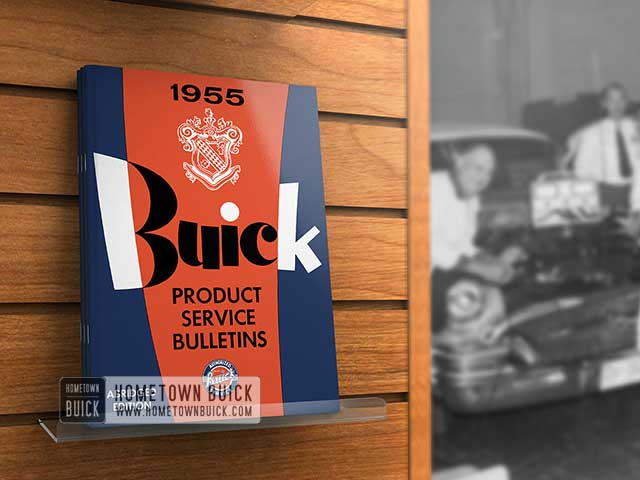