Since we are planning to use the new type voltage regulator for service, one of the new methods of checking must be used on all Buick 6-volt and 12- volt voltage regulators used with shunt type generators.

NOTE: The new methods of checking are suitable for old type regulators but the old fixed resistance method is not suitable, and must not be used for 1954 voltage regulators or on any replacement regulator.

CAUTION: If adjusting screw is turned down (clockwise) beyond range, spring support may not return when screw is backed off. In such case, turn screw counter clockwise until there is ample clearance between screw head and spring support. Then bend spring support up carefully until it touches the screw head. Final setting of the unit should always be made by increasing spring tension, never by reducing it. If setting is too high, adjust unit below required value and then raise to exact setting by increasing spring tension. After each adjustment and before taking reading replace the regulator cover and cycle the generator.

The cutout relay and current regulator are to be checked in the same manner as previously outlined in the 1953 Buick Shop Manual.

NOTE: It is imperative when using either of the above procedures, that a battery be used in the circuit. This applies to all ’53 and ’54 regulators.

To eliminate glove compartment light filament failure on 1954 models, bulb No. 57 Part No. 127934 is being replaced with bulb No. 57X Part No. 273157. Will you please make this correction in your records and specifications in order to increase owner satisfaction. 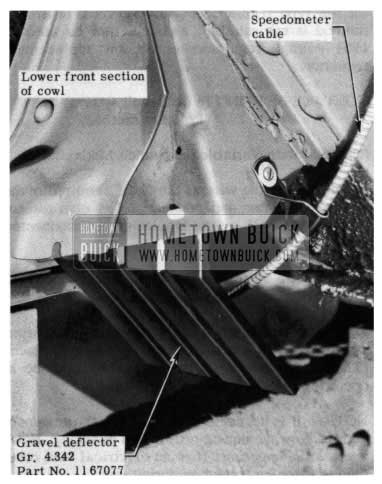 The deflector prevents damage to the cable from stones and also prevents ice from accumulating on the cable. 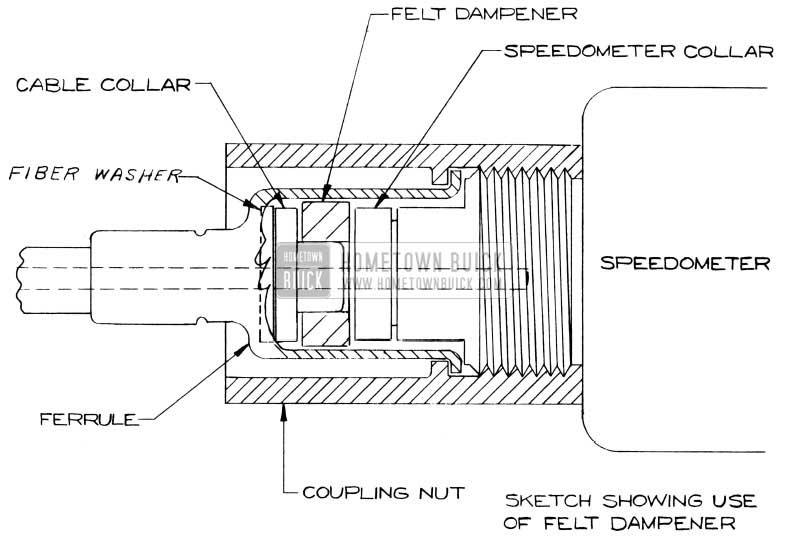 1954 Buick Use of Felt Dampener

On Page 10-83, Paragraph 10-58 of the 1954 Shop Manual, speedometer cable cutting lengths for the 1954 cars are incorrectly listed. Please change your Shop Manuals to read according to the following table:

Speedometer cable length should be:

In a few cases, field complaints of excessive distributor noise or unsteady operation have been traced to loose center bearings in two- piece breaker plates. Samples submitted indicate this condition to be caused by an unusual stack-up of parts tolerances which prevented proper tightening when the bearing was spun over during factory assembly.

In order to eliminate the possibility of loose center bearings due to parts tolerances, a staking operation has been added. After being spun over; each bearing now is staked at three points 120 degrees apart, assuring proper tightness in all cases.

Because of the type of parts involved, it is recommended that no attempt be made in service to shake loose center bearings of the simple spun-over construction. Distributor noise due to a loose center bearing usually should be eliminated by replacement of the breaker plate assembly. 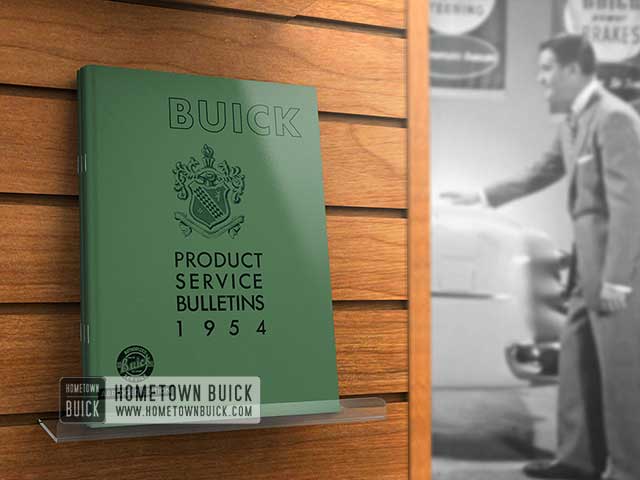