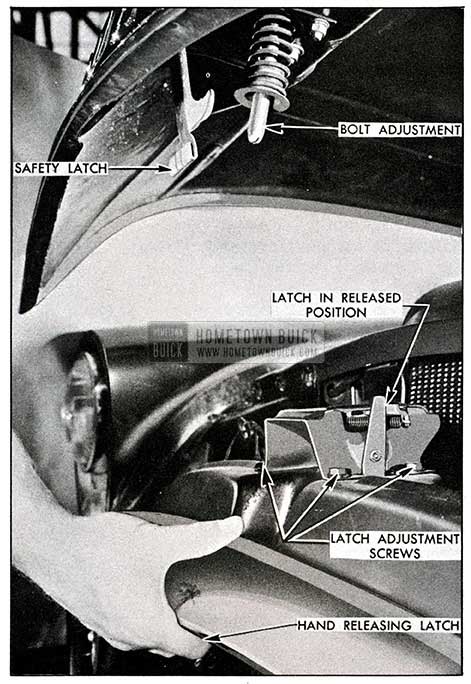 The safety hook must still be pulled to raise the hood after hood has been unlocked. The roller guide has been removed. The adjustments of the dovetail bolt and the hood lower latch remain basically the same.

HOOD SPRINGS: The hood springs are longer and are mounted vertically between a bracket on the lower section of the cowl and the hood hinge.

The hood springs can be removed from underneath the fender panel behind the skirt by using the following procedure:

Hood alignment with adjacent parts is possible due to two oversize and one elongated hole in either the hinge plate or the cowl bracket depending on the Series. The hood may be moved forward or backward, up or down, by hinge adjustment or the hinge may be rotated for alignment. Rotation of the hinge forward will result in raising the hood slightly at the rear, moving the hood very little forward horizontally, and decreasing spring tension. If fore or aft movement only is desired, care must be taken not to rotate hinge.

The hood may be raised or lowered at the front by adding or subtracting shim washers from under rubber stops mounted on front hood latch panel.

NOTE : The hood springs should be removed while performing adjustments which require loosening of hinge bolts. 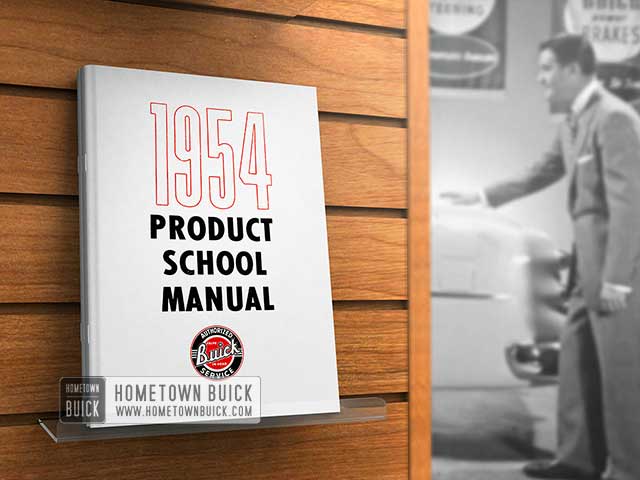