In order to obtain satisfactory results with a bumper jack it is imperative that the bumper back bar to frame bolts be torqued to recommended figures. Loose bolts at these points will allow the bumpers to twist upward far enough to make rear wheel removal difficult or even impossible.

Correct torque specifications for 1951 models are as tallows:

A change has recently been made in- the design of the front bumper outer guards (bombs) to frame braces. The new brace can best be described as a “straight type” and is interchangeable for use on the right and left sides. The former type was provided in “right” and “left” designs.

In connection With this change the bumper guards were provided with a .438″ dia. hole and weld nut for brace mounting. The front lower portions of the front fender skirts were also modified to accommodate the straight type braces. No current part numbers were affected by this change except for the brace and mounting bolt. These are as follows: 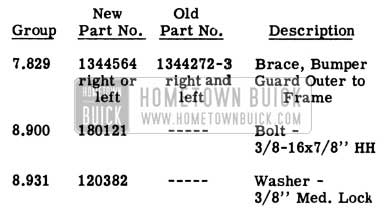 The old type braces will not be available for service; therefore, some reworking will be necessary when installing the new straight type braces on 1951 jobs built prior to this change. This procedure is as follows: 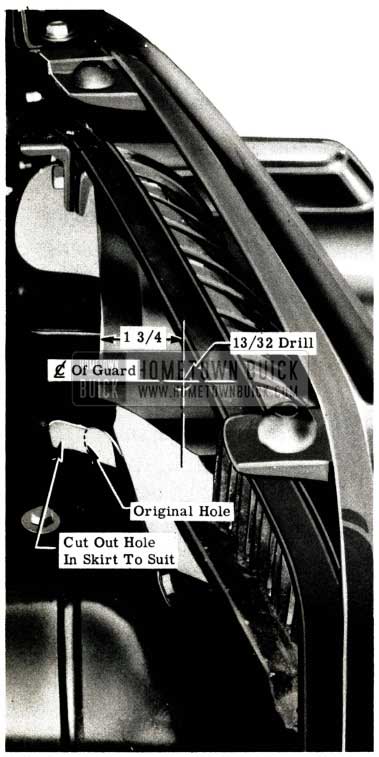 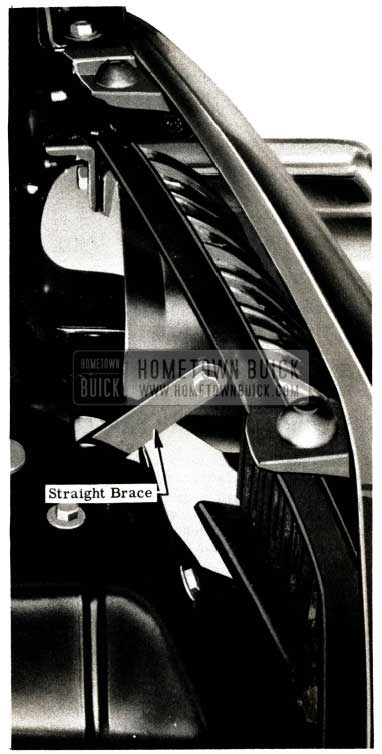